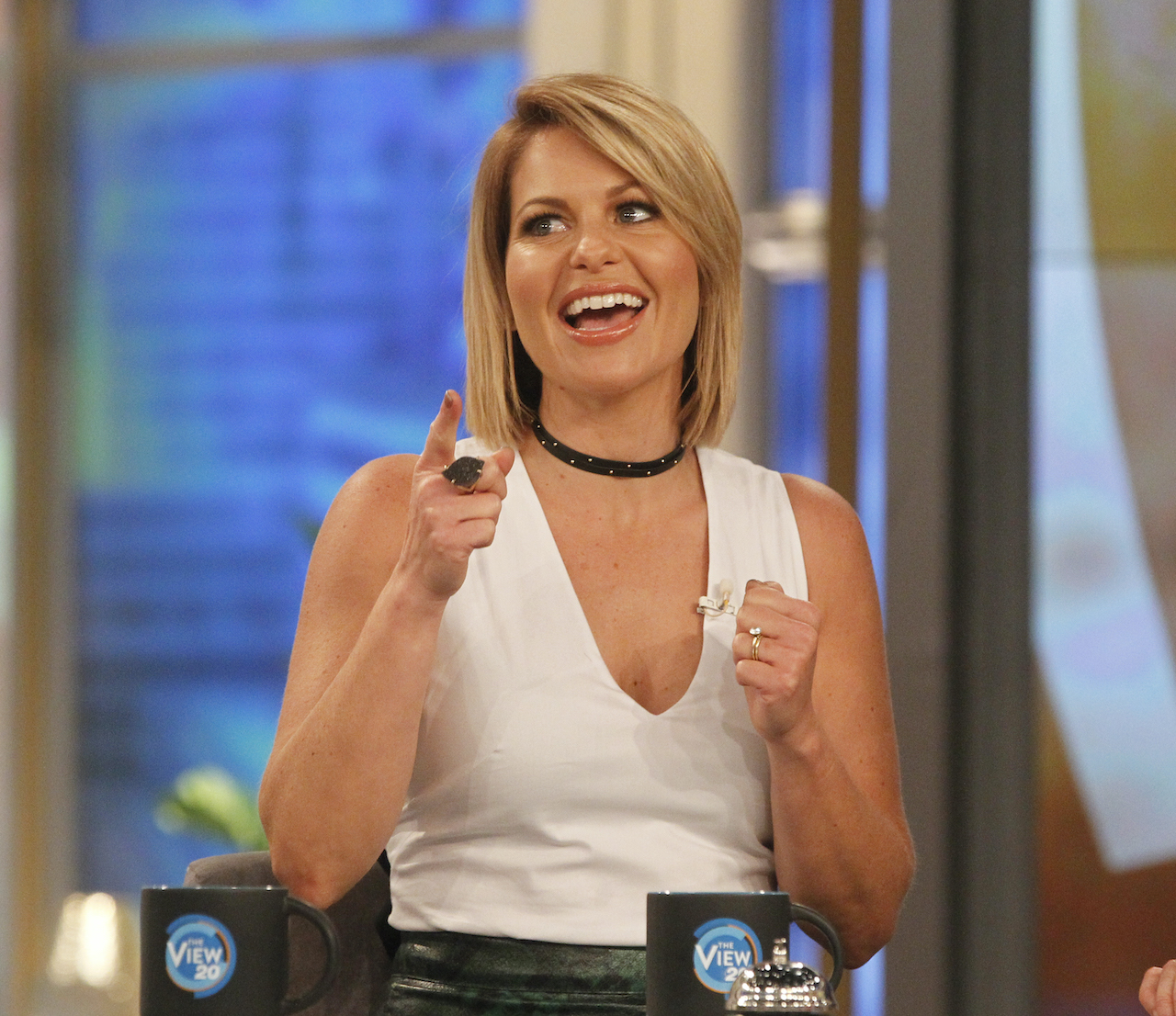 Hallmark Channel’s Candace Cameron Bure appeared as a daily co-host on The View from 2015 to 2016. Sharing the “Hot Topics” desk with Whoopi Goldberg, Pleasure Behar, Paula Faris, Michelle Collins, and Raven-Symoné, Bure revealed she wasn’t too keen on her time on the daytime speak present.

The View lately launched a podcast “Behind the Table”, the place followers can be taught some particulars about the speak present. Bure and Symoné spoke with present co-host Sara Haines about their expertise on The View, with the Fuller Home alum describing the stress she felt throughout her tenure.

“The stress and the anxiety – I actually have a pit in my stomach right now,” Bure remarked. “There was only one type of stress that I’ve ever felt in my life, that came from that show. And I [have] PTSD, like, I can feel it. It was so difficult, and to manage that emotional stress was very, very hard.”

Bure stated she would cry in her dressing room “almost every day” due to her fixed cross-country journey to be on The View set in New York and see her household in California. She additionally needed to precisely converse for these in the conservative Christian neighborhood from which she got here and feared talking out of flip.

“I felt a pressure to represent my community well,” Bure defined, including that her rigorous schedule magnified her nervousness. “A lot of it was just the fact that I was tired. I was flying back and forth every week to L.A. … It just took its toll. My schedule took its toll on my body which affected my emotional health.”

When the 2016 presidential election started in earnest, Bure rapidly realized that quite a lot of speak at the desk would on politics. She admitted that wasn’t her sturdy swimsuit however regularly felt like a lone voice at the desk.

“[I was] just trying to understand and have a general grasp of topics that I didn’t want to talk about or didn’t care about,” she stated. “When I felt like I was going into a show that I didn’t have a clear opinion about, or it was something that I was legitimately nervous to talk about because I did have an opinion about it, but I knew I was the only one at the table that had my opinion, I would just get sick to my stomach.”

Bure would typically metal herself in opposition to sturdy differing opinions from her liberal co-hosts.

Candace Cameron Bure remains to be ‘very grateful’ for ‘The View’

Bure beforehand shared that she was introduced on to The View to focus on subjects on the “lighter” aspect however quickly realized the present was taking a tough political flip. Between prepping for every episode and her daunting journey schedule, the Hallmark actor was utterly spent.

“The lighter version of the show I thought I was going to work for suddenly became solely about politics,” Bure stated, as reported by Yahoo! “I felt like I was back in school, doing four to five hours of homework a night. It was exhausting. Along with that, I was traveling back and forth from Los Angeles to New York every week to be with my family on the weekends. I’m surprised I kept up with my schedule for as long as I did.”

Regardless of the challenges that got here alongside together with her co-host put up, Bure is grateful for her time on The View.

“I don’t know that I regret anything, honestly,” she remarked. “I feel like there were so many wonderful takeaways from the show. And as difficult as that job was, I’m very, very grateful for it.”