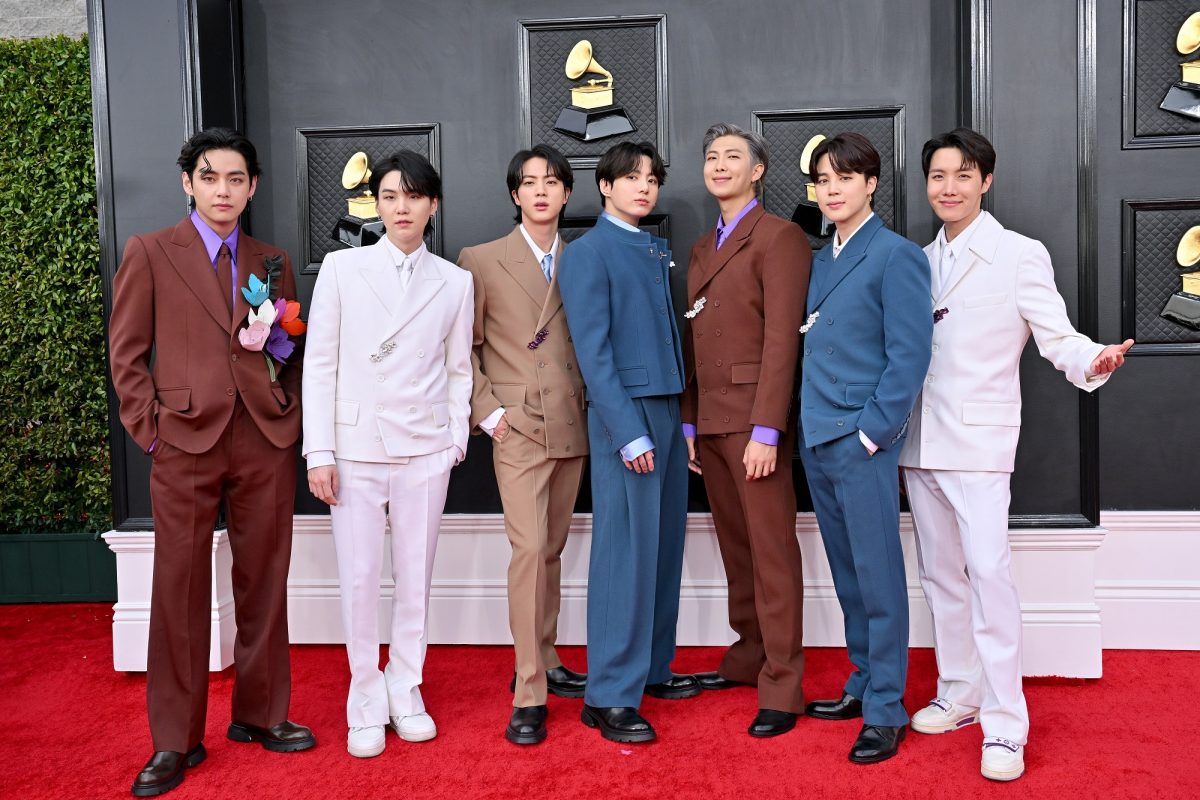 On June 10, BTS will launch an anthology album titled Proof. The album could have three CDs. The primary Proof CD can be comprised of a few of BTS’ best hits. For the second Proof CD, Jin, Suga, J-Hope, RM, Jimin, V, and Jungkook every selected a solo and sub-unit tune to be included on the tracklist. The third Proof CD will embody beforehand unreleased songs and demo variations of BTS songs. Proof may even embody new songs, together with “Yet to Come (The Most Beautiful Moment),” “Run BTS,” and “For Youth.”

Main as much as the launch of Proof, Massive Hit Music shared “Proof of Inspiration” teasers on social media. In every teaser, the members of BTS shared why they selected sure songs for the second Proof CD.

What songs did V and RM decide for ‘Proof’?

For the second Proof CD, V determined to incorporate his solo tune “Singularity” and the sub-unit observe “00:00 (Zero O’Clock).” In his “Proof of Inspiration” teaser, V shared his thought course of behind his choice.

“I tended to think of Kim Taehyung, and artist V as being separate and thought that I had to choose one or the other, as visually portrayed in the ‘Singularity’ music video…,” he mentioned. “Now I’m able to accept both sides of myself, but also keep them separate. I’ve lessened the burden of thinking so much, too, just like how the day resets at midnight. But I think all this time I spent pondering is the Proof that made me who I am today.”

RM ended up selecting his solo tune “Intro: Persona” and the sub-unit observe “Stay.” Like V, he introduced up the “burden” of balancing in his teaser.

“‘Intro: Persona’ starts with ‘Who am I!’ so I’ve been thinking about that a lot… I have all these different ‘me’s, so sometimes it comes as a heavy burden, and at times I wonder who the real ‘me’ is. But in the end, I found that all of these personas that I’ve been shifting between are all me. And I think the members and our ARMY who ‘Stay’ed by my side no matter which of the ‘me’s I was are my Proof,” RM mentioned in his “Proof of Inspiration” video.

On the second Proof CD, Jimin determined to incorporate his solo tune “Filter” and the sub-unit observe “Friends,” each of which appeared on BTS’ 2020 album Map of the Soul: 7.

“I wanted ‘Filter’ and ‘Friends’ to be included in this album. I wanted to live up to ARMY’s expectations and show them many different sides of myself. And I still have many different colors left to share. I might have come across as being colorless instead of colorful if I’d accommodated myself to other people’s ideas without having a distinct hue of my own,” Jimin shared in his “Proof of Inspiration” video.

In Suga’s “Proof of Inspiration” teaser, he defined he needed to select two songs that felt like “polar opposite songs.” This led to him selecting “Trivia 轉 : Seesaw” and “BTS Cypher PT.3 : KILLER (Feat. Supreme Boi).”

“I picked two songs in completely contrasting styles. They’re ‘Trivia 轉 : Seesaw,’ which is relatively calm, and ‘BTS Cypher PT.3 : KILLER (Feat. Supreme Boi),’ which is more powerful and full of energy. I wonder what sort of songs I can come up with ranging between these polar opposite songs. It’s fun and meaningful to come up with ideas, for expanding my musical spectrum,” Suga narrated in his teaser.

Jin’s “Proof of Inspiration” revealed that the BTS singer determined to incorporate the sub-unit tune “Jamais Vu” and his solo tune “Moon.”

“Everyone knows that ARMY and I are inseparable like the Earth and the Moon. And it’s already a well-known fact that this is what ‘Moon’ is about. Now, I think we’re at a point where I am ARMY and ARMY are me — we’ve assimilated into one…,” Jin narrated. “Just like the lyrics in ‘Jamais Vu,’ whenever things get tough and I get exhausted, I will think of our members and ARMY who have been my refuge and comfort, and make more good music.”

What songs did J-Hope and Jungkook decide for BTS’ album ‘Proof’?

Jungkook ended up deciding on “Euphoria” and “Dimple” as his two songs. In his “Proof of Inspiration” teaser, Jungkook revealed that he prefers performing with the members of BTS as an alternative of by himself.

“I added ‘Euphoria’ and ‘Dimple’ to this album. To tell you the truth, I like it best when I get to sing with the other members, and connect with ARMY no matter what the songs are. That’s what I’ve been dreaming of… Every single day I am thankful and enjoy myself. Me happily making music while watching ARMY, and your smiles as you watch me — these are my Proofs,” Jungkook mentioned in his teaser.

J-Hope’s “Proof of Inspiration” video was the final to be launched, and it revealed that J-Hope determined to incorporate the songs “Outro: Ego” and “Her” on Proof.

“‘Her’ is essentially a love song, but some ARMY interpreted the lyrics as being more complex… There can be many different interpretations, but there are times when I have to wear a mask to hide the sides of myself that I don’t particularly want to show other people…. I came to accept all of my sides as parts of my identity, my ego, because the members and ARMY accept all of me,” J-Hope shared.