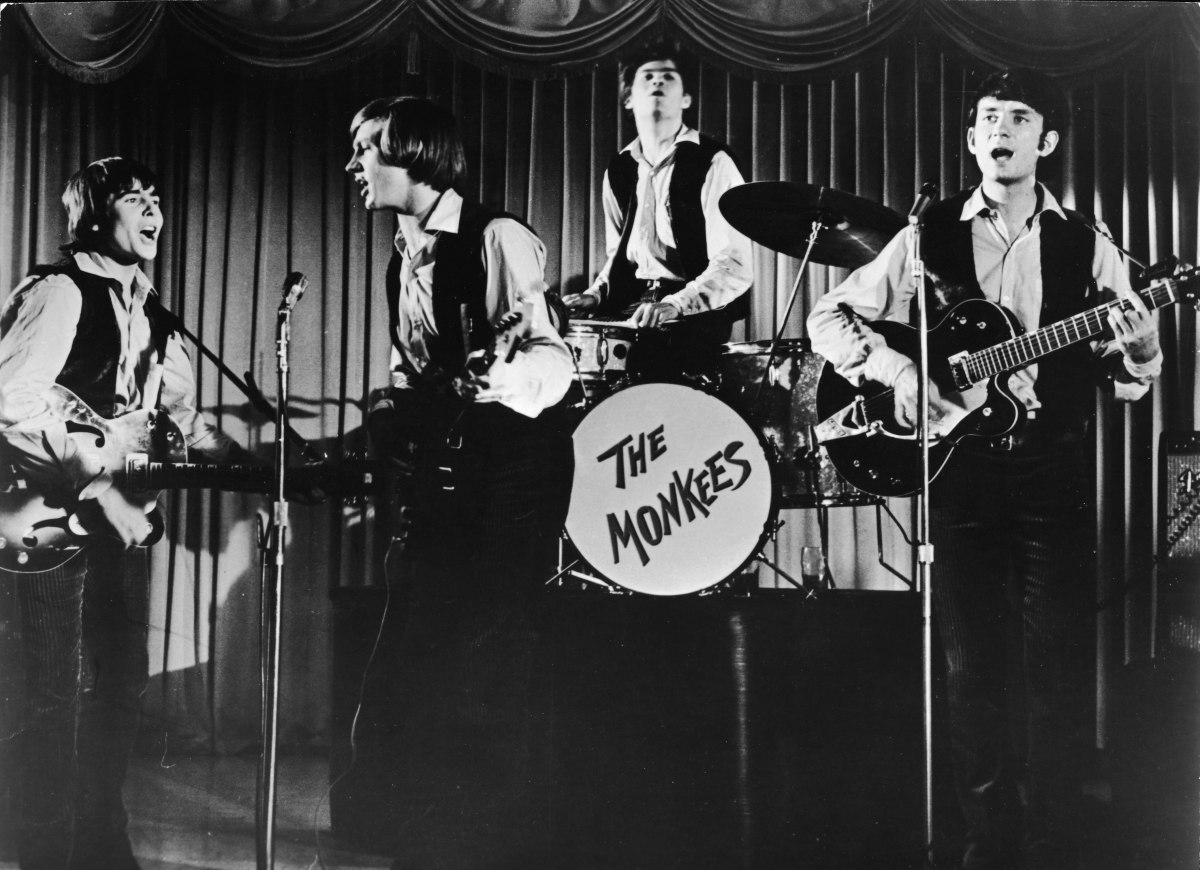 Mike Nesmith was imagined to sing on The Monkees‘ “I’m a Believer.” Subsequently, Micky Dolenz recorded the vocals on the monitor. A author revealed one thing went improper through the “I’m a Believer” recording session.

Bobby Hart co-wrote many of The Monkees’ songs. In his 2015 guide Psychedelic Bubble Gum: Boyce & Hart, The Monkees, and Turning Mayhem Into Miracles, Hart mentioned an notorious incident when Nesmith punched a wall. His recollection of occasions is just not the identical as others.

In keeping with Hart, the band was upset as a result of they needed extra enter into their music. Their music supervisor, Don Kirshner, determined to satisfy them at his suite in The Beverly Hills Resort. There, he tried to assuage the group with a test for nearly $250,000.

Nesmith mentioned he was upset with The Monkees’ recording course of. He was instructed his contract gave him no management over the difficulty. In response, an enraged Nesmith punched by the wall of the lodge room and mentioned he may’ve punched Kirshner’s face as an alternative.

“I found that it was rooted in the production of their biggest hit, ‘I’m a Believer,’” he mentioned. “It was all about something that had gone on while making that song. Originally, Michael Nesmith was going to sing lead on that song, and I had no idea. The actual reel where he’s singing didn’t survive, but I managed to find photos of the session.”

Sandoval mentioned the way in which Nesmith acted through the session. “You can see his mood change time [as] goes by,” he mentioned. “I found out that he left the session quite early and Micky went and sang it, and it became one of the biggest-selling records of 1967.” The tune was ranked fifth on Billboard‘s listing of the preferred songs of 1967.

“I’m a Believer” is one of the group’s most well-known hits even when Nesmith didn’t get to sing on it.

The Monkees’ ‘I’m a Believer’: Smash Mouth Member Has a Principle for Why Their Cowl Was in ‘Shrek’