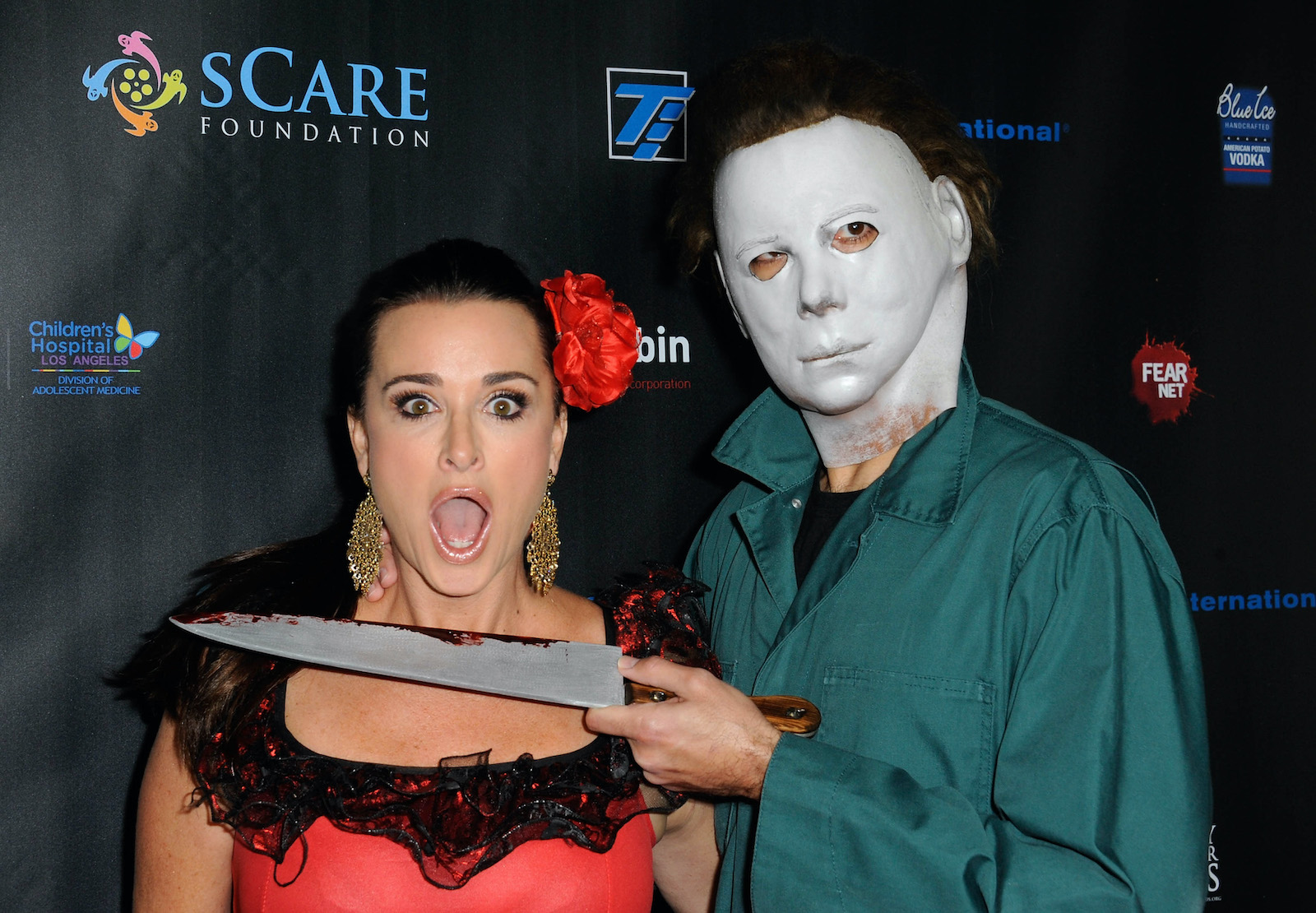 Being chased by a murderous psychopath in Halloween Kills wasn’t essentially the most irritating half for Kyle Richards from The Actual Housewives of Beverly Hills. As a substitute, she appeared fairly nervous about filming in a swamp that would (or couldn’t) be full of alligators.

What scared Kyle Richards from ‘RHOBH’ when she filmed ‘Halloween Kills’?

Greater than 4 many years later, Richards reprised her function as (little) Lindsey Wallace. She was one of many kids who Laurie (Jamie Lee Curtis) was babysitting when Michael Myers terrorized them within the authentic 1978 Halloween. Richards not too long ago shared what terrified her in regards to the movie as a baby and what was extraordinarily regarding for her after they filmed the newest installment.

“When I was eight years old I asked my best friend to the premiere,” she recollects in a clip Curtis shared on Instagram. “Her mom thought it was a trick-or-treat movie. Cute, ha ha. And we were terrified.” Curtis and Richards’ candy relationship was seen on set. Within the Instagram clip, Curtis reminds Richards she carried her within the movie. So Curtis picks up Richards and carries her once more on set as everybody laughs.

Richards admits that returning to the set made her face a whole lot of fears. “I run for my life,” she says. “And get into this swamp. I see these three men, with flashlights looking for gators. And I’m like, ‘What?’ Back up did you say alligators?” She provides that as a substitute of the city being terrorized by Michael Myers, she and others are ready to take him down. “We are gonna get him first,” she exclaims.

What scared Kyle Richards about ‘Halloween’ when she was youthful?

Richards confronted a number of different “fears” when she made Halloween Kills. While she joked about having to chop her bangs for the function, she positively appeared aggravated. “When I was eight years old, I played Lindsey Wallace in the original Halloween,” Richards mentioned in a confessional throughout RHOBH Season 10. “So it was really exciting when they asked me to reprise my role in the new Halloween.”

“But cutting my hair was the director’s idea,” she insisted. “Because these bangs are not a good look for me!”

She additionally not too long ago shared how scared she was after viewing the unique Halloween as a baby. “As a little girl, when we went to the premiere, I didn’t see it all put together,” she advised  E! host and pal Justin Sylvester. “My mom said, ‘Oh, you can invite a friend,’ so I took my best friend in second grade. We both ended up sleeping with our moms until we were 15 years old!”

She added, “People wonder why I have anxiety nowadays. It’s because of too many horror films!” Richards mentioned that truly making the movie as a baby was not scary. “As a little girl, when I did the original, I wasn’t [scared] because I didn’t realize what I was making,” she mentioned. “But this was actually scary [she said about her recent experience]. He is a terrifying image to look at anyways, and we were filming nights too.”

‘Halloween Kills’ gators could also be scary however is a ‘RHOBH’ reunion scarier?

Richards joked with E! about whether or not Halloween Kills or an RHOBH reunion was scarier. “That is a very hard question to answer!” she laughed on the query. “I mean I don’t know, it’s a toss-up, let me tell you.”

The RHOBH Season 11 reunion is being teased as “epic” airing over the span of 4 episodes on Bravo.

Halloween Kills premieres in theaters and on Peacock on Friday, Oct. 15. The Actual Housewives of Beverly Hills Season 11 reunion airs on Wednesdays at 8 p.m. on Bravo.

Justin Chon obtained not less than some of his movie training on the Twilight set. The heartthrob completely portrayed Eric and...

Virgin River quietly premiered on Netflix again in 2019, and the collection has gone on to turn out to be...

The Scream horror film franchise has been round since 1996. And if author Kevin Williamson has something to do with...

Marvel Studios’ newest movie, Eternals, is a component of Section 4 of the Marvel Cinematic Universe. It tells the story...