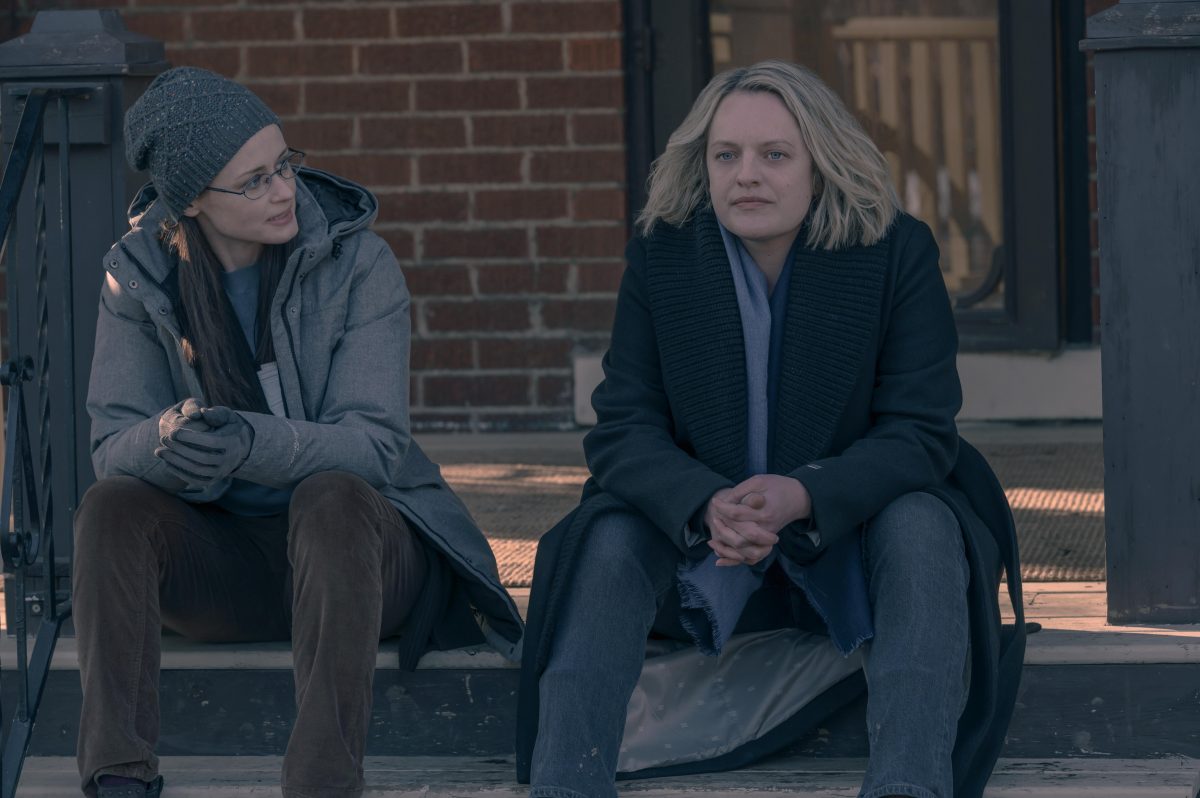 [Spoiler Alert: This article contains spoilers for season 5 of The Handmaid’s Tale.]

To advertise her new sequence Shining Women, Moss has appeared on a number of discuss exhibits over the previous few weeks. Throughout a few of these interviews, season 5 of The Handmaid’s Story has come up.

“June’s journey is big, the other characters’ journeys are very big,” Moss mentioned on The Drew Barrymore Present.

The actor continued, “And June’s dealing with, ‘What does freedom actually mean?’ And can she really be free? And ‘What does that mean?’ And ‘Where do I place my anger?’”

Whereas Moss couldn’t spill rather more about the upcoming season of The Handmaid’s Story, she was in a position to share some obscure particulars about how filming goes.

“It’s going really well, we’re halfway through,” Moss mentioned on The Drew Barrymore Present. “I will say that it’s a very big season. We’ve been on location a lot. We’ve been in studio very little, which for us means that it’s very big. And we’re just constantly on the road, a lot of locations.”

As of proper now, the fifth season of The Handmaid’s Story doesn’t have a set launch date.

Serena will trigger issues for June in the fifth season

In an look on (*5*), Moss and Andy Cohen mentioned the ramifications of June killing Fred.

“The thing about killing Fred is it’s just one man,” Moss mentioned. “And that’s not necessarily going to take care of the whole problem.”

Cohen then predicted that June will face loads of bother from Serena in season 5 of The Handmaid’s Story.

The primary 4 seasons of The Handmaid’s Story can be found to stream on Hulu.